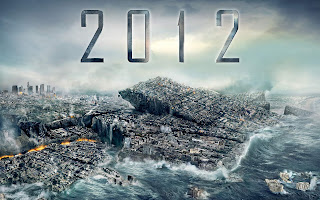 As a Christian believer myself, I do believe that we are living in the last of the last days. But Only God knows when He Will come back for the rapture. Only unbelievers like the atheist and scientists had these beliefs that doomsday or the world will come to an end. They had predict a specific year where they said its going to happen in 2012.

But for me, I do not believe in it. We cannot predict when it is going to happen. If we based it in the Bible, it is clearly stated in the Book of Revelation where there are some events that are foreseen like the happening of The Great Tribulation, the second coming of the Messiah which is our Lord Jesus Christ who brings out the restoration of peace to the world, the imprisonment of Satan where he portrayed as the Dragon in the Bible and until he is defeated for the final rebellion, God's final judgment over Satan, the Great White Throne of judgment which is the rapture of the living and the dead based on our own deeds and the ushering in of the New Heavens and New Earth which is promised by the Lord for us.

The movie shows some series of Doomsday event scenarios, worst disasters like the huge tsunami, earthquakes, volcanic eruptions and other natural phenomenon which was also written in the Bible and besides, we are already experiencing this kind of realistic disasters today.

However, like what I had said, we cannot predict when it is going to happen. For it is only God who knows when the earth will come to an end. He just promised us that those who remain Faithful to Him, will never be worry about it.