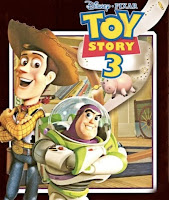 Good news to all Toy Story fans out there! Disney Interactive Studios has announced that the Playstation 3 version of Toy Story 3 will feature some  of its exclusive content. Emperor Zurg, who is one of the most beloved villains of the Disney/Pixar's “Toy Story”, will be a playable character exclusive on the PS3 system. As the sworn enemy of the Galactic Alliance, Emperor Zurg enters the video game’s Toy Box mode complete with his sphere-shooting cannon and speed on wheels to unleash mayhem on Woody’s Western Town.

PS3 players will be able to download mini-games that will be playable with the playstation move when the new motion controller is available to consumers this fall. Disney is bringing the best PlayStation fans a unique and compelling experience through Toy Story 3 which is The Video Game’s exclusive PS3 content and PlayStation Move mini-games.
games movie review website