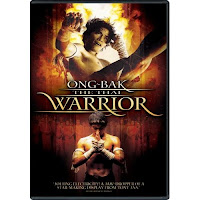 I am a huge fan of the movie Ong-bak which is starred by Tony Jaa because I am amazed of his great fighting skills where most of his sequel from this movie are filled with incredible fight scenes and stunts. Ong-bak is an incredible movie with lots of Muay Thai and Taekwondo kicks where martial art fans would love to see it.
And speaking of Muay Thai, it is actually a martial art and the national sport of Thailand. Muaythai training is not easy because it requires commitment, dedication and patience. There are several training institutes and muay thai training in thailand where you can learn Thai boxing. If you want to become an all around fighter, learn Muay Thai as you’ll learn kicking techniques like a taekwondo fighter does and a punches like boxers and gripping like a judo player.
fitness health movies website