Because I am Addicted in Joining Contests Online

February 13, 2011
Nothing compares to the joy and happiness that I feel specially when I found out that I won a prize out from the online contests that Ive joined. And because I am addicted in joining contests online,  I even forgot that I joined that certain contest and I did not even know that I won just like what happened to Lenovo-YugaTech Laptop Contest where I just recently found out that I am one of the Top 10 finalist who will receive a Globe Broadband Tattoo as prize. 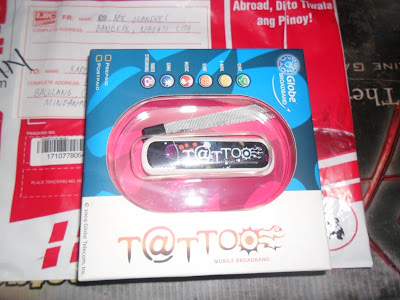 It was already announced last 14th of January and I just found it out a week that's why I immediately emailed Sir Abe of Yugatech about my winning prize and I’m happy to know that he considered it so I was able to received my prize   delivered by LBC two days ago.  Thanks again Sir Abe of Yugatech!  ^_^
blog contest blog give aways contest win prizes